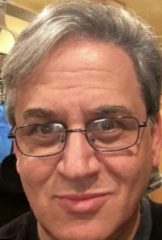 Nothing more fun than talking about the end of the world, right?

It’s something the church has embraced, seemingly, above everything else the last fifty years. The Rapture is imminent, the Antichrist is here, the Great Tribulation is about to start, and Armageddon is coming.

…And we haven’t even started talking about pestilence, famine, and the dreaded Mark of the Beast.

Most of us were never allowed to believe anything beyond what was in our prophecy outline. Instead, we were told that the prophetic calendar fated us, like characters in a Greek tragedy, to the inevitability of unspeakable terror before Jesus returned and put a stop to it.

I’ve always been a bit skeptical about this stuff but hesitant to say something. In my youth, I didn’t want to get branded a heretic, but I’m older now and have a little more courage. I’ve been in full-time ministry 30 years and have come to understand that the Bible is marvelous and true. And it was in the process of Bible Study that much of the following organically came to life.

I’m going to ask you to stretch your thoughts a bit and consider the possibility that the people who formed our prophecy outlines and paradigms–for decades–are wrong.

You’re allowed. You can think Hal Lindsey, Tim LaHaye, and Jack Van Impe are wrong and not lose your salvation. They can be wrong, and the Bible can still be true.

Maybe no trumpet is going to sound to relieve the church of its responsibilities and evacuate it from the earth?

Ministry has shown me that we haven’t studied Scripture—and what it has to say about prophecy—near as much as we’ve examined what Lindsey, LaHaye, and Van Impe have had to say.

In the next ten FaithViews, and in no particular order, I intend to toss out some information (none of it original to me) to get you thinking about all the prophecy doom and gloom we’ve been given the last 50 years.

I’m not looking for debate. I’m not going to declare your salvation forfeited if you disagree with me. But I’d like to change your outlook about the future from certain doom to amazing possibilities.

This end of the world stuff is very exhausting.

Let’s start with this…

There are three key words in the New Testament I want to focus on. They are words in Greek used to describe the “world” and “earth.”

According to Strong’s Greek Concordance, these three appear prominently in the New Testament

“The next day John saw Jesus coming toward him and said, ‘Look, the Lamb of God, who takes away the sin of the world!’”

***The Greek word used for “world” is kosmos. Meaning the entire world/universe/all the earth.

“When Jesus spoke again to the people, he said, “I am the light of the world. Whoever follows me will never walk in darkness, but will have the light of life.”

***The Greek word for “world” is again kosmos. Meaning he is the light of the entire world.

“For God so loved the world that he gave his one and only Son, that whoever believes in him shall not perish but have eternal life.”

***The word for “world” is again kosmos…

This is very helpful in understanding that Christ died for everyone, the entire world in total.

Another example of “world” in the Greek comes in a very familiar verse.

Luke 2:1 (the opening verse to the Christmas story).

“In those days Caesar Augustus issued a decree that a census should be taken of the entire Roman world.”

***In this passage the Greek word used for “world” is not kosmos…Instead, the word is, oikoumene…And it means the known world/civilized world/the inhabited world…Caesar could not count or tax people in China or across the oceans. It means, roughly, the known world conquered by Rome.

Matthew 24:14— “And this gospel of the kingdom will be preached in the whole world as a testimony to all nations, and then the end will come.”

***The Greek word for “world” in this passage you think—by how we’ve been raised—would be kosmos (meaning the entire world)…But it’s not. The word used in verse 14 is oikoumene (the known world, the civilized world).

***Do you remember receiving lessons that when every nation and tongue on earth heard the Gospel message that Jesus would return? This was the key verse to that lesson. Except, Jesus used the word oikoumene not kosmos. By the end of Paul’s ministry, the Gospel had reached the known world and beyond. So the question begs; why didn’t the end come?

(Cliffhanger—we’ll get back to it.)

Luke 21:26— “Men will faint from terror, apprehensive of what is coming on the world, for the heavenly bodies will be shaken.”

***Luke 21 is a scary passage that talks about the signs of the End of the Age. The way most of us were taught in church growing up, it was about the end of the world and the Second Coming of Jesus. But the word for “world” used in verse 26 is oikoumene. Consider it rewritten this way; “Men will faint from terror, apprehensive of what is coming on the known world.”

“known world” is not the entire world or kosmos.

Revelation 16:14— “They are spirits of demons performing miraculous signs, and they go out to the kings of the whole world, to gather them for battle on the great day of God Almighty.”

***Chapter 16 of Revelation is talking about God’s wrath being poured out. But as we read the word “world” in the verse…the Greek translation is not kosmos (meaning the entire world), but oikoumene (meaning the known/civilized/inhabited world).

Revelation 3:10— “Since you have kept my command to endure patiently, I will also keep you from the hour of trial that is going to come upon the whole world to test those who live on the earth.”

***This is an encouragement to the church in Philadelphia that because of their faithfulness they will be spared the trial that is about to come. Verse 10 is interesting because it uses “world” and “earth.” … Oikoumene is the Greek word used for “world”…But the third Greek word we want to look at is used at the end of this verse for “earth.” It is Gé (ghay)….And gé means: earth, soil, land, primarily the dirt under your feet.

Gé is the third word to describe the world/earth in the Greek. It literally means the physical earth…It is where we get our word: geography.

Matthew 5:5— “Blessed are the meek, for they will inherit the earth.”

***A popular Beatitude…But what is the word used for “earth?” … Gé

So the question to ask is; are the meek inheriting the entire earth or just the land they are on?

***Neither word for “earth” in this passage is kosmos or oikoumene…Matthew records Jesus as using the word; Gé.

(Tangent: Does this mean what Jesus said only applies to that time and the people he’s speaking to? No. But it does make clear he is speaking to a specific audience. Important thing to remember when reading scripture is audience relevance. Who is the first audience of the letter/book? And if we understand who the original readers were, then we gain a better understanding of the context of its message. Lastly, even though the original listeners are dead, the Scriptures are still applicable to us 2,000 years down the timeline. Scripture is marvelous because it never loses its relevance.)

One example of the 75-plus in the book of Revelation of the Greek word; Gé

Revelation 18:11— “The merchants of the earth will weep and mourn over her because no one buys their cargoes any more…”

***This is the account of the fall of Babylon. The impression we get is that there is worldwide weeping at the destruction of the great city…Except the word used for “earth” is …drum roll please… Gé (meaning, land.)…The use of the word gé scales this cataclysm (by the language used) to less of a worldwide (kosmos) event but to a more regional one…

***We’ve been taught very often this city in Revelation 18 is symbolic of New York City, the United States, Rome…but the use of the word Gé changes the context quite a bit.

***A good exercise is to read through Revelation and casually insert “land” every time you read “earth” and get a feel for how it differs from what you believed before. If you want to really study it, do it through BibleHub.com…It’s mind blowing.

I’m going to end this here.

There are countless examples beyond the ones I’ve used above. I only wanted to illustrate that we have not been given a full picture of Bible prophecy for a long, long time.

So much perspective and context changes when you look at the original Greek…And then compare it to what we were taught about the Last Days, End of the Age, Tribulation, Second Coming, Rapture, Antichrist…

And if it is regional to the land of Israel and the Roman Empire of the first century, can we not consider that much of the Bible prophecy we’ve been given has already been fulfilled? That Revelation is passing on to us, mainly, the account of the destruction of Jerusalem, the Temple, and the last hollow form of the Old Covenant?

This is not a new discovery. The verification for what I’ve just written is as simple as going to Bible Hub.com…and opening a Strong’s Greek Concordance.

We have to realize that the prophetic information given us by Hal Lindsey, Tim LaHaye, and Jack Van Impe (and hundreds of others) is but a narrow view. And that there is so much more to learn, and discern, and be hopeful about going forward.

If you’d like to complain about this column, Joe T. can be reached at jtbank1964@yahoo.com