Luke 21:14-19: “But make up your mind not to worry beforehand how you will defend yourselves. For I will give you words and wisdom that none of your adversaries will be able to resist or contradict. You will be betrayed even by parents, brothers, relatives and friends, and they will put some of you to death. All men will hate you because of me. But not a hair of your head will perish. By standing firm you will gain life.”

Larry Marak: “Yes, Carson is a communist.”—His statement after Carson Powers declared he does not like watermelon, which was fresh and available at last night’s Bible Study.

Praise: Diane Leone received a great report from the doctor on her follow up visit after her surgery.

Maddie Torosian living and working at Granite Ridge this summer…

On the Way:
On Sunday, August 21st. Matthew “Skip” Fruchey will be preaching and Joe Leone will be leading worship with his worship band.

Children’s Camp is Coming:
WE WILL NEED DRIVERS…We are planning on leaving Sunday afternoon (July 10)…Pick up will be Friday morning (July 15)…Contact Pastor Joe T.—Or he will be contacting you.
Right now we have five children campers and, potentially, five workers going up to Children’s Camp.
Be in prayer for the travel, the week, and the experience our people will have.
The speaker this year is children’s author Jill Osborne.

Larry & Melissa Marak & Janiece Sloan: Their brother in law Edward Barnes in Tulsa…he is 75, a diabetic, and has been taken off his meds because of kidney damage.

From Josie Cacao: Has asked for special prayer regarding a young man in the school district she works in. He’s seventeen, blind, and seriously ill. The family is weighing the necessity of taking him off life support.

Paul Cassity as he recovers from knee surgery. 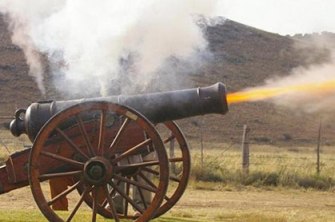 On Tap This Week
This Sunday, July 3rd (Starts at 10:30AM)
—Don’t forget to come ready for Cannonade!—
What is Cannonade?:
A period of continuous, heavy gunfire…Discharge of heavy guns continuously.Note